Skip to content
Mayo Clinic Minute: Fingernails are clues to your health

Do you have dents and ridges in your fingernails? Most of us don’t give a lot of thought to our fingernails beyond how often to clip them or which color to paint them. But besides protecting our fingertips or making a beauty statement, your nails say a lot more about your body than you think.Small depressions (dents in fingernails), often referred to as nail pits, can sometimes occur without any cause. This means it can happen regardless of a vitamin or mineral deficiency.

Horizontal ridges run from side to side on your nails and are often referred to as Beau’s lines. Horizontal ridges can be caused by trauma to the nail and may be deep or discolored. The can also indicate malnutrition, psoriasis or a thyroid problem. Now keep in mind, nail ridges don’t always signal a larger problem, though. If the ridges are vertical, it’s important to know vertical ridges are like gray hair. You can expect to see more of them as you grow older.

You can tell a lot about your own personal health by the condition of your nail beds – more than you probably think you can. Fingernail disorders are not only an embarrassment; they may also indicate that something more serious is wrong with your health. Dents, you should not usually be concerned, as they simply indicate a nail injury that is growing out. Vertical fingernail ridges, you could be deficient in iron, have poor nutrient absorption, poor overall health, or even kidney trouble. Bumps and vertical fingernail ridges, you may be prone to developing arthritis. Horizontal fingernail ridges, this can indicate mental or physical stress.

The nails are made up of several parts, including the nail beds, folds, cuticles and lunula. The nails can indicate a possible deficiency in the body or other condition. Yellow and discolored nails can represent a respiratory condition such as chronic bronchitis. In addition, many defects on the nails can appear like vertical ridges, but may actually be spots, streaks or cracks.

What Causes Ridges in Finger and Toenails

Here are 10 things to know about dents and ridges in fingernails:

Vitamin deficiency is the condition of a long-term lack of a vitamin. When caused by not enough vitamin intake, it can be classified as a primary deficiency, whereas when due to an underlying disorder such as malabsorption, it is called a secondary deficiency. Dents and ridges in fingernails can be a sign of vitamin deficiency, especially of Vitamin B12. A diet that lacks in essential nutrients can lead to various nutritional deficiencies and dent in fingernails is a very frequent sign of these nutritional deficiencies.

When the body suffers a trauma — internally or externally — there is often evidence of the trauma on the nails. The most common cause of acute and chronic nail bed deformity is trauma. Dents and ridges in fingernails can also occur due to trauma to nails that may happen due to direct injury to the nails or nail biting.

Psoriasis is a common skin condition that speeds up the life cycle of skin cells. It causes cells to build up rapidly on the surface of the skin. The extra skin cells form scales and red patches that are itchy and sometimes painful. Apart from developing skin lesions, psoriasis can also result in development of Dents and ridges in fingernails. Symptoms may also be triggered by ingesting large amounts of alcohol.

Reiter’s syndrome, also known as reactive arthritis, is the classic triad of conjunctivitis, urethritis, and arthritis occurring after an infection, particularly those in theurogenital or gastrointestinal tract. Patients suffering from Reiter syndrome develop joint pain and swelling, and inflammation of eyes and urinary tract. Dents and ridges in fingernails may also occur in Reiter syndrome. The symptoms of Reiter syndrome are more severe in males in comparison to females.

Alopecia areata is a common autoimmune skin disease, causing hair loss on the scalp, face and sometimes on other areas of the body. Alopecia areata is a skin condition in which patients lose their hair in patches, especially from their scalp. Sudden hair loss that starts with one or more circular bald patches that may overlap. Dents and ridges in fingernails also occur in alopecia areata. 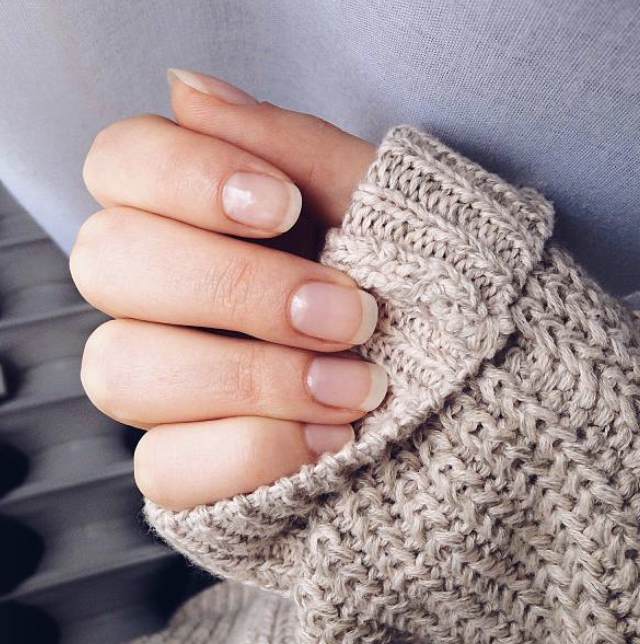 We know that taking vitamins is important, especially if your body is not getting all the essential minerals and nutrients it needs through the food you eat. Develop multiple nutritional deficiencies, one of which is deficiency of Vitamin B12 that may manifest itself as dents and ridges in fingernails. Hence, to cure your fingernails of these unsightly dents you should eat a well balanced diet that is rich in all the nutrients. Take vitamin supplements to treat the nutritional deficiencies that have been already created.

It is important to keep your fingernails (and the skin around them) free from dirt. Keep your fingernails clean and dry so as to avoid any type of infection. While you are using harsh chemicals or washing dishes, wear rubber gloves that are lined with cotton.

Because many nail disorders result from poor nail care, developing good nail habits today will help keep them healthy. Remember the following tips: Keep them short. Shorter nails are less likely to crack or get caught on something and tear. It’s better to cut your nails after bathing, when they’re softer and less likely to break. Stay on the straight and narrow. Nails should be cut straight across and rounded slightly at the tip for maximum strength. Avoid biting your fingernails. You should regularly trim and file your fingernails. Moisturize your fingernails with a hand lotion regularly.

Looking for more answers about fingernails? Check out 3 Answers for What Causes Horizontal Ridges In Fingernails or even 5 Best Tips About Vertical Ridges on Nails Vitamin Deficiency